Through the United Nations Charter, virtually all States in the world have expressed their commitment “to save succeeding generations from the scourge of war”. They have agreed to renounce the illegal threat or use of force, and to settle their disputes “by peaceful means in such a manner that international peace and security, and justice, are not endangered”. States have the legal duty to abide by this commitment END_OF_DOCUMENT_TOKEN_TO_BE_REPLACED

Virtual Roundtable of the Council on Foreign Relations: In Defense of a Democracy: Prosecuting Russian Aggression Against Ukraine: On 25 May 2022, David Scheffer, Oona Hathaway and Claus Kreß discussed the crime of aggression and the need for a special tribunal in the situation in Ukraine. To watch the panel, click here. 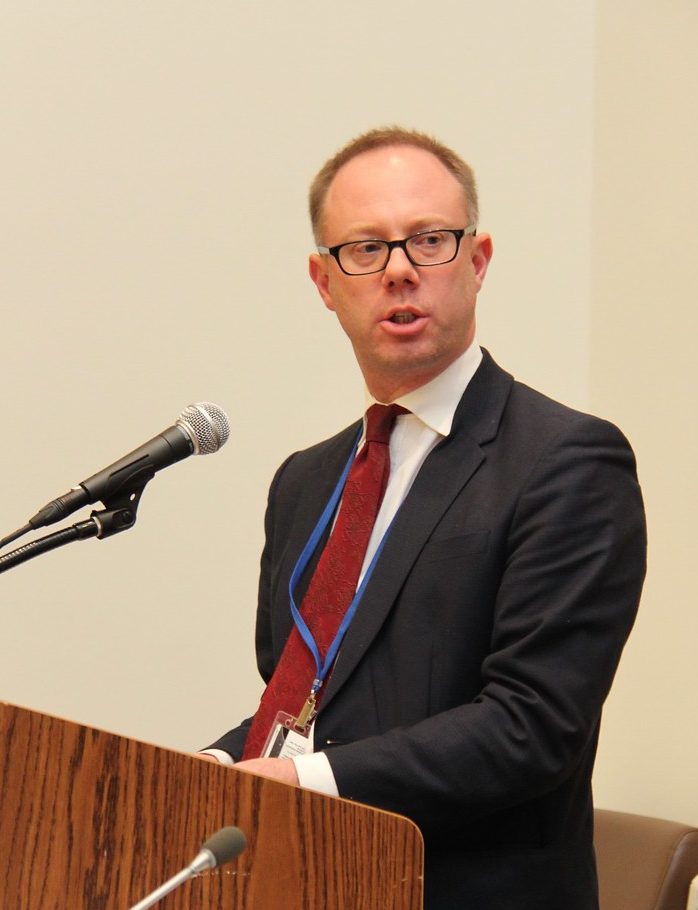 Statement of Members of the Council of Advisors on Russia’s Invasion of Ukraine: urging States Parties to the Rome Statute to amend the crime of aggression’s jurisdictional regime.

For a commentary by the Convenor of the Global Institute for the Prevention of Aggression, see The Need to Reexamine the Crime of Aggression’s Jurisdictional Regime (justsecurity.org)

Statement of the Global Institute for the Prevention of Aggression on the Situation in Ukraine: Article 2(4) of the United Nations (“U.N.”) Charter is the cornerstone of the rules-based international order—the prohibition of the threat or use of force against the territorial integrity or political independence of any State, or in any other manner inconsistent with the Purposes of the United Nations.

With the sending of Russian forces into the sovereign territory of Ukraine, the Russian Federation has acted in complete disregard for the prohibition of the use of force under the U.N. Charter and customary international law.  Pretextual invocations that purport to suggest a legal basis must be seen for what they are:  a perversion of international law.  There is no legal justification for any use of force against the sovereignty, territorial integrity, or political independence of Ukraine.  The Russian use of force constitutes an act of aggression, and can amount to the crime of aggression, with cyber-attacks potentially forming part of the modality of its commission.

U.N. Member States must stand united in condemning this flagrant and dangerous violation of international law and ensure that the U.N. Charter is enforced, including rallying in support of the laws and norms against the aggressive use of force.  Additionally, U.N. Member States must decline to recognize any “new states” purportedly “created” through such illegal acts that violate jus cogens norms.

Our thoughts are with all those impacted by this unlawful act, and especially the people of Ukraine and the soldiers on both sides who should not be forced to fight or die in the service of an illegal war.

The Council of Advisers’ Report on the Application of the Rome Statute of the International Criminal Court to Cyberwarfare:  Based on a series of three convenings involving a group of eminent legal and technical experts across 2019 and 2020, the report discusses the extent to which cyber-attacks could fall within each of the Rome Statute’s four crimes.  The meetings were sponsored by Liechtenstein and Argentina, Austria, Belgium, Costa Rica, the Czech Republic, Estonia, Luxembourg, Portugal, Spain and Switzerland, as well as the Global Institute for the Prevention of Aggression.

The New Convenor’s Reminder of the Importance of the Crime of Aggression: Jennifer Trahan’s blog post on the situation of Russia and Ukraine